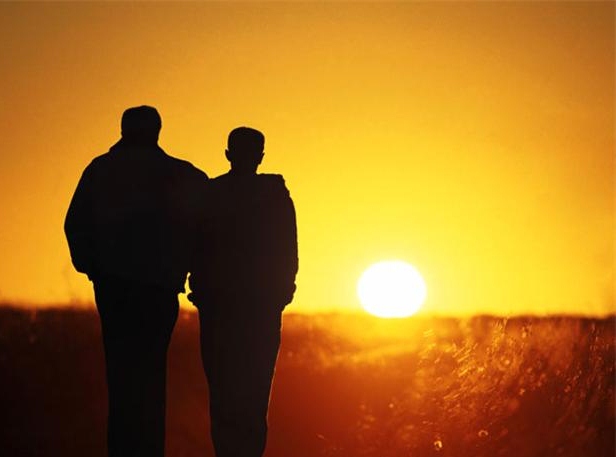 The older I become, the more I see the importance of raising up sons and daughters to carry the torch. We see this same conviction in the life of Jesus. Early on in His ministry He understood His purpose, stayed true to it until His death, and began raising up men to carry His message.

Look with me at Luke 4:42-44 (NIV), “At daybreak, Jesus went out to a solitary place. The people were looking for him and when they came to where he was, they tried to keep him from leaving them. But he said, ‘I must proclaim the good news of the kingdom of God to the other towns also, because that is why I was sent.’ And he kept on preaching ….”

Please note, Jesus made time to be with the Father. He went to solitary places to be alone with His Father. He spent time in prayer. First, and foremost, He stayed in fellowship with and in the presence of the Father. That is a discipline all great spiritual leaders embrace.

Note the key points to these scriptures:

Secondly, we see Jesus investing in others.

We are living in a time when there is an incredible need for “Fathers.” Not just natural fathers to lead their homes, but also spiritual fathers. Paul told us, “Even if you had 10,000 guardians in Christ, you do not have many fathers, .... imitate me” (1 Cor. 4:15-16). So many today grow up without the role model of a father in the home. In fact, many have stories like Wakeem, which is such a tragedy.

As I was leading a Living Free group one day, I asked, “Can you share with the group what your relationship was like with your father between the ages of 5 and 10?” The young lady sitting next to me began to cry, put her hands over her face and said, “pass.” I went to the next person, and this student shared a sad story of how bad her father was to her. The next student said about the same, that she had a poor relationship with her dad.

When I got to Wakeem, and asked him about his relationship with his dad, his head was bowed. He slowly looked up, and with tears running down his face said, “The only word that I can think of to describe my relationship with my dad is terror. I hate my dad. When I was a little boy, my dad, in a drunken stupor, would beat my mom unmercifully, and when I got old enough, I would stand in the way. My dad would knock me unconscious. I can’t remember how many times he did that, but when I was 11 he took a vacuum cleaner cord and beat me until blood was running down my back. That was the day I left home and I have never seen him since. I hate my dad.”

Wow! What pain Wakeem has carried his entire life because of an alcoholic father. Abuse, hurt, brokenness, and years of pain seared into his memory. The sad truth is, many of you reading this, and many of the students coming through the doors of Teen Challenge, have stories that are similar to Wakeem’s. God, help us to introduce them to You, our Heavenly Father, who will accept them unconditionally. A Father who will love, forgive, and embrace them as only You can.

Can you imagine the difficulty of developing a relationship with a Heavenly Father when your childhood was like this? We need spiritual fathers to raise up sons.

Along with the Psalmist, I have made this my prayer, “Even when I am old and gray, do not forsake me, my God, till I declare your power to the next generation, your mighty acts to all who are to come” (Ps. 71:18).

My son, Dustin, believes “the old and gray” applies to me now. He may be right, I am getting older, and I am definitely gray. However, I do want to declare His power to the next generation and His acts to all who are to come. I feel a responsibility to focus on raising sons. Will you also embrace the responsibility of doing so? Will we make a commitment to invest time and energy into the young men and women who are in our care? Will we mentor them and raise them up?

In I Timothy 1:2, Paul wrote to Timothy, “To Timothy, my true son in the faith: grace, mercy, peace from God the Father and Christ Jesus our Lord.” In 2 Timothy 1:2, he addresses Timothy as my “dear son.” It emphasizes the close fatherly relationship Paul maintained and grew with his convert and protégé.

Paul offered thanks for Timothy’s heritage and for God’s gift to Timothy. Paul urged Timothy to stir up his gift. Gifts are not given fully developed; they need to be strengthened and matured through use.

Paul recognized and called out the gift in Timothy. He was the one who was encouraging the gift to be fully developed and utilized in Christ. He sent Timothy out. He commissioned him (1 Cor. 4:17).

What is our responsibility in raising up sons? How do we recognize the gift, how do we encourage them to grow? Are we giving them the opportunity to exercise the gift? Who is your son? We have to notice, identify, encourage, and utilize the leaders emerging among us. We must be purposeful about raising up sons!

There were those in Paul’s mentoring program who failed. They shipwrecked. What else is new?  Something happened, they left the faith, or bailed on being mentored. We may not know what happened from scripture, but it lets us know that those in the faith sometimes bail out on the relationship with their mentor. It hurts, but some we invest in choose to walk away and go their own way. We cannot let this discourage us; we can only do what God asks of us and stay true to the commitment of raising up sons (1 Tim. 1:18).

Regardless of the response, we must own the responsibility to invest in sons, to guard what God has placed in them, and help entrust the message of Christ to reliable people who will also carry the torch (1Tim. 6:20, 2 Tim. 2:1-3).  We must engage, equip, empower, and energize our sons so that they in turn can become spiritual fathers.

Paul also identified his personal relationship with Philemon as a fellow worker, with Onesimus and Titus as sons, and Silas (Titus 1:4, Philem. 1:1,10).  He recognized the importance of raising up not just one son, but many.  Each with their own unique relationship to Paul, their own background, skills, and even social standing.

John Maxwell once said, “One of the greatest lessons I've learned is that the people closest to me determine my level of success or failure.” I have discovered that the only places where my influence and productivity grew were when I identified potential leaders and developed them. Early in my ministry, I invested in raising up staff and exposing them to quality discipleship and leadership training. It was difficult because we had limited time and funding, staff with limited skill levels, and staff who were just beginning their ministry with Teen Challenge.

My intention in developing leaders had been to help them improve themselves, but I found that I was also benefiting greatly. I found that spending time with them was an investment in all of us. They had grown, and at the same time I had reaped incredible dividends.  The organization was also impacted by the team’s growth, both in the Lord and in personal skills.

I realized that if I was to make it to the next level, I was going to have to extend myself through others. I needed to find leaders and pour my life into them. As their skills and abilities improved, so would mine.

Not everyone you influence will think the same way you do. You have to help them not only believe that they can succeed, but also show them that you want them to succeed.

How do you do that?

Paul modeled this very principle with Timothy as he admonished him to:

Paul’s concluding charge stressed the need to preach the Word (1 Tim. 4:1–5). Like Timothy, all believers are to be prepared in any situation to speak a needed word, whether of correction, rebuke, or encouragement. Christians must also be ready to endure hardship as Paul had done.

General Douglas A. MacArthur penned this prayer for his only son while stationed in Australia and acting as Supreme Commander of the Allied Forces during WWII.

“Build me a son, O Lord, who will be strong enough to know when he is weak, and brave enough to face himself when he is afraid; one who will be proud and unbending in honest defeat, and humble and gentle in victory.

Build me a son whose wishes will not take the place of deeds; a son who will know Thee--and that to know himself is the foundation stone of knowledge.

Build me a son whose heart will be clear, whose goal will be high, a son who will master himself before he seeks to master other men; one who will reach into the future, yet never forget the past.

Then I, his father, will dare to whisper, ‘I have not lived in vain.’”

God help us to leave a legacy that will last. Who will be a father? Who will raise up sons who embrace the DNA of Teen Challenge? Will we teach them the values that make it possible for lives to be changed by the power of Christ?

May we look back when we finish our lives and see many sons who are living faithfully, reproducing, and witnessing their own sons loving Jesus and taking on the DNA of Teen Challenge.

God bless you as you invest in others and raise up sons and daughters in the faith.