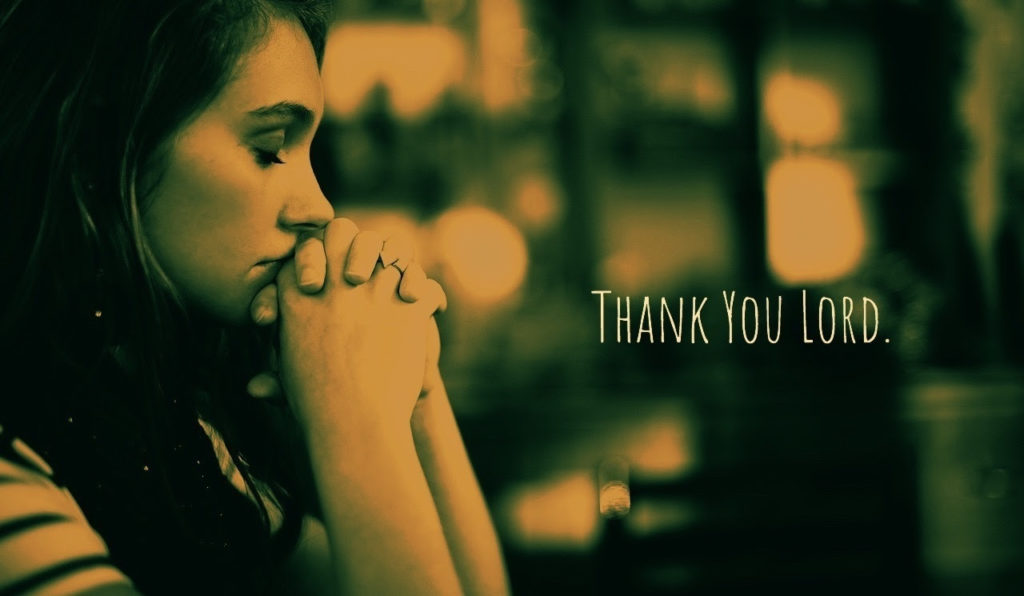 In Luke 17: 11-19, we see the story of Jesus cleansing the lepers. It is a perfect example of the general attitude of the majority. Jesus was on his way to Jerusalem when a group of 10 lepers met Him from a distance. They cried out, “Jesus, Master, have pity on us!” Jesus simply said, “Go show yourselves to the priest”, and while they were going, they were healed. The key point here is the next statement in these verses, “...one of them, when he saw he was healed, returned to say thanks. He threw himself at Jesus’ feet and thanked him.”

Let this be a reminder to you that gratefulness is recognized.

Jesus recognized that only one returned to say thanks. What did Jesus think of the others? How did it make Him feel to have 9 out of 10 not return to say thanks for the miracle of healing them of leprosy?

This study brought to mind a former student we had who returned to say thanks. Sandy* came through the doors of Teen Challenge as a skinny, crack cocaine addict with only the clothes on her back. She had lost her kids and her home. Her family wanted nothing to do with her, and she was prostituting to fund her drug habit.

She came to Teen Challenge, because she had no other place to go. Sandy came to know Jesus, and things began to change. When she tells her testimony, she says, “Jesus changed my life from a life of dope to a life of Hope.” I remember Sandy so well, because she was so full of life. She had a great personality, a joy that showed on her face, and she influenced those around her. She graduated the program and opened a program of her own in Central Florida to reach women in addiction. She became interested in politics and ran for county commissioner and won. She served as a commissioner for several years and then became mayor of the city.

A life worth saving! You can never underestimate any student in your program. God is the one who gives gifts, and He always sees the potential in us. Sandy came to me one day and wanted to give me a cash gift to say thanks. I remember saying to her, “There is no way I will take your money.” She said to me, “Brother Jerry, you have to. This is my investment back into the life of someone who invested so much in me.” I was humbled by this experience, and I took her money as a gift from someone who wanted to truly say thanks from her heart for the investment made in her. Being grateful is an act of acknowledging others for their investment in you. Who can you think of that deserves your gratitude?

Sandy found a tangible way to say thanks. That meant a lot to her and to me. What tangible way can you say thanks to those who have invested into your life? The leper fell at Jesus’ feet and worshipped him and said thanks. Maybe we can send flowers or write a card that expresses our gratitude. Maybe we want to give a gift or say a kind word to the one we want to thank. Ask the Holy Spirit to give you personal insight as to whom you might need to return to and say thanks.

*name has been changed